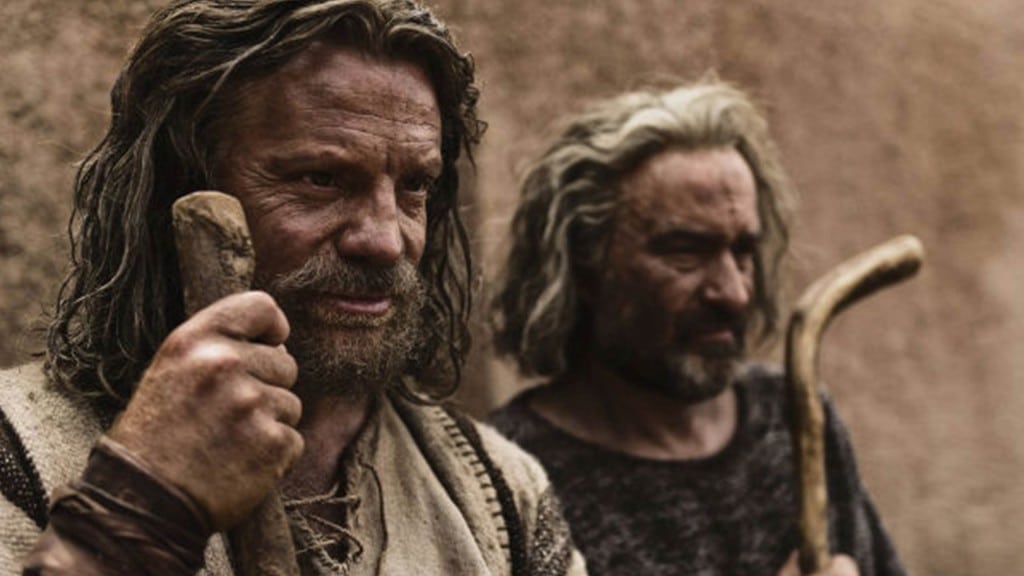 In a world full of allegorical material, self-help novelties written to save the average human being from self-destruction, where does one find safety from their own eminent demise?  Proverbs 14:11 tells us, Where no counsel is, the people fall: but in the multitude of counsellers there is safety.  The only guaranteed way out of this cesspool of humanity is securing yourself in the lifeboat called Wisdom captained by an Elder in your life.

And Moses rose up, and his minister Joshua: and Moses went up into the mount of God (Exodus 24:13).  It is clear that Moses was not afraid to call Joshua exactly like his saw him—a minister.  The Elder must allow the student to dream and to explore their calling.  They must echo the words of Paul in a letter to his student, Let no man despise thy youth; but be thou an example of the believers, in word, in conversation, in charity, in spirit, in faith, in purity (I Timothy 4:12).

The Elder must allow the student incite to their ministry.  The original word for the phrase “rose up” is shakam.  One definition of this word is stated as to incline (the shoulder to a burden).  Moses understood that not only did Joshua need to be exposed to the voice of God, but Moses knew he would not be able to bear the mighty acts of God single-handedly.  The Elder must not let pride prevent exposing their student to the power of God.

Moses was willing to take a risk on Joshua.  He was willing to invest, teach, mentor, and release.   After their encounter on the mountain, it was Joshua who first recognized there was a problem in the camp (Exodus 32:17).  Moses let Joshua recognize the issue, and then he explains the definition.  An Elder must never reveal the answer before the student has time to process.  This is why Paul wrote to Timothy, Study to shew thyself approved unto God, a workman that needeth not to be ashamed, rightly dividing the word of truth (2 Timothy 2:15).  Through proper study and love of the Word of God, the Elder—Student relationship will come to the proper fruition.

Moses assisted Joshua in developing a love for the voice of God.  Exodus 33:11 tells us that when Moses would return to camp after hearing the voice of God…his servant Joshua, the son of Nun, a young man, departed not out of the tabernacle.  Moses understood that if Joshua didn’t have the relationship now, he would never have the leadership he would need for later.  Because of placing himself under Moses, Joshua was able to watch Moses lead the people out of Egypt, but it was he who was able to lead them into the Promised Land.  There is an eternal reward when one places themselves under the authority and mentorship of the Elder.

The major issue surrounding the Elder—Student relationship is simply the lack of choice on the part of the Student.  Elders are ones who are looking for someone to leave their imprint, a legacy, something that will remain after they are gone.  The Student is usually for the quickest and easiest method around.  Abihu and Nadab were looking for an easier way to sacrifice, and it cost them their lives (Leviticus 10:1).  Gehazi was cursed with leprosy after he lied about the wishes of his Elder (2 Kings 5:20-27).  Maybe the most famous student was Judas, betraying his Mentor, his Teacher, and his Savior (Matthew 26:15).  In all these cases, the Student was willing to compromise truth, rush through the red tape of life, and promote personal gain over spiritual growth.  They were not willing to watch.  It always is more fun to play, but there is a dire danger in not watching

There is a true power in having an Elder speak into your life.  They speak words of encouragement.  Proverbs 12:18 tells us the tongue of the wise is health. Paul said, When I was a child, I spake as a child, I understood as a child, I thought as a child: but when I became a man, I put away childish things (1 Corinthians 13:11).  The Elder has the ability to change your frame of mind and to focus on what is really important in life.  The words of the Elder can bring out the best in you.  Iron sharpeneth iron; so a man sharpeneth the countenance of his friend (Proverbs 27:17). Finally, an Elder is not afraid to tell you the truth, no matter how uncomfortable or painful it is for them.  David, a man after God’s own heart, found comfort in the rod and staff of his mentor, the God of the universe (Psalm 23:4).  While words may be accompanied by feelings of pain and anger, goodness and mercy are right around the corner.

One Elder in my life is Pastor Aaron Soto from Appleton, WI.  He took me under his wing and mentored me in ministry.  He told me he is not afraid to let me dream.  He gave me ministry opportunities.  Although there have been some chiding words that have cut like a knife, I understand he was only removing what is hindering me from a greater calling.  I positioned myself under his leadership. He has spent countless hours investing in me so that one day I can be the man of God I am called to be.  I understand he has gotten where he is because someone took the time and spoke into his life.  He taught me there are no shortcuts.  He engrained on my heart the idea that greater ministry requires greater sacrifice.

The biggest mistake Joshua made was failing to develop an Elder—Student relationship of his own.  The Bible is very clear that when Joshua passed away, the nation had no leader, and the people questioned the direction of the nation.  Winston Churchill said it best, We make a living by what we get, we make a life by what we give.  I am thankful for a Moses in my life who is willing to give it all.

Copyright © 2015 by The Church Triumphant of Columbus, Inc.

All rights reserved. No part of this publication may be reproduced, distributed, or transmitted in any form or by any means, including photocopying, recording, or other electronic or mechanical methods, without the prior written permission of the publisher, except in the case of brief quotations embodied in critical reviews and certain other noncommercial uses permitted by copyright law. For permission requests, write to the publisher, addressed “Attention: Permissions Coordinator,” at the address below:

Posted in Christian Living, General, Inspirational
← Protecting Your Marriage in the Age of Social NetworkingThe Tweet of Time →